emand for this specialty has grown significantly as a result of Corona's growing interest in online study and work from home. Many such apps are available on the Play Store. It allows you to take control of any device. However it has both advantages and disadvantages. It can also help you if your data is stolen. So let's find out which of these apps are available, how they work and what are the disadvantages and advantages ... 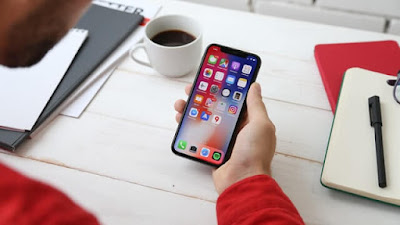 How does the screen sharing app work?

Screen sharing means that users of one device can control the screen of another device. It can also be done on phone to phone, phone to TV and phone to computer. Most apps run on smartphones and tablets. Both people (sharer and controller) must have the app to use it. The device that is to be taken under control is also called the victim device. The code or password has to be given to the other device after logging in to the victim device. The control user will submit this password so the victim device has to accept his request. The device can then be fully controlled.

This app works on devices of version 5.0 of Android and above. When you open the app, you will see the share and access option. Clicking on the share will generate a puck access code, which will have to be submitted to another device. The controller device will then be able to control the screen of the victim device. It also has the option to disable the microphone.

This app is available on Play Store. It has a 3.5 star rating. The victim device must have TeamViewer Quick Support and the controller device must have the TeamViewer app installed. After opening the Quick app, the ID will be generated. Both devices will connect after submitting it to another device.

This app can be used in TV, phone and PC. The app has received a 4 star rating on the Play Store. It can be used to connect Android to Android, Android to iOS and iOS to iOS devices. Along with screen sharing it also features screen shorts
By Fresh Gujarat News August 16, 2020 Technology
Next article Next Post
Previous article Previous Post
PLEAASE WRITE COMMENT ()
‹ Newer Post Older Post › Home
Subscribe to: Post Comments (Atom)